Just noticed this little beauty sitting in my comment spam, found it hilerious so I thought I’d share it:

Bitcoins a cryptocurrency, free bitcoins and a rigged casino

Update: it’s currently quite difficult to get hold of bitcoins in the UK but localbitcoins works.

If your already aware of the awesomeness of public key cryptography (e.g. PGP or OTR), then you will probably appreciate Bitcoins.

You send coins by typing in someone’s address and how many coins to send and then your transaction will propagate around the p2p network. You receive coins in the same way by giving someone your address. In order to track transactions you can also make more addresses (and labels for them) which can also add to anonymity. Bitcoins are currently worth $0.0201 per bc (source) 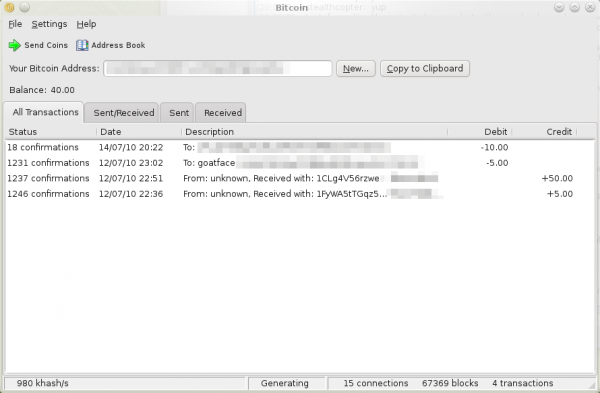 Generating Bitcoins
You can opt to generate solutions to a specific crypotgraphic problem in exchange for bitcoins, by doing so your computer’s idle CPU will be used to solve this problem and when a solution is found you will be rewarded with some bitcoins, yay. There is also talk of speeding up the generation by using CUDA or similar tools here

5 Free Bitcoins
You can get 5 free bitcoins to start off your adventure into this new currency fromhere. This is a donation from somebody who wants to ensure that this currency is sucessful and as such this is a token of good faith and should not be exploited. You can also donate bitcoins to the fund to help this project.

Bitcoin casino (A Rigged Casino)
Now onto complain about a rigged casino that operates with bitcoins (Bitcasino). 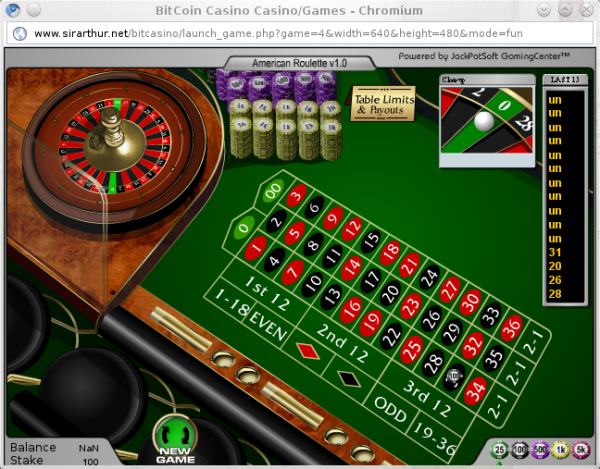 I continually placed a bet (free play mode) on red, and for over 40 rounds it came up black, this has a probability of (20/7)^40 or 0.000000000708%. As unfair as this was then game then started getting worse constantly resulting in 0, however it would say “31 black odd” and in the side bar of past numbers “un” kept appearing which I guess means unknown.

I also tested a few of the slot machines to see if they were rigged too, and surely enough each rotation of the slots resulted in the exact same result every time, which was of course a losing one.

This bitcoin casino is rigged, buggy and not worth wasting your time with, it is much easier to lose money in other ways.

Conclusion
Bitcoin is an awesome idea and hopefully it will catch on and become sucessful, however be sure to avoid bitcasino! Also if anyone would like to donate some bitcoins then please send them to:

Setting up google calendar with Kontact (or korganiser) using akonadi

It used to be a real pain to try and get google calendar working with kontact/korganiser, however now it is very simple. I have also provided a screenshot walk-through to aide the process.

Just install akonadi-kde-resource-googledata using your package manager or in the terminal with:

This will install support of google calendar and google contacts into akonadi. If you’ve not heard of akonadi before, it is a backend that manages communications and protocols. So rather than having developers of separate applications working on the same thing rewriting code that does the same thing they can simply plug into akonadi. Kontact/korganiser can load can load from an akonadi resource:

Walkthrough
(see below for walkthough with screenshots) 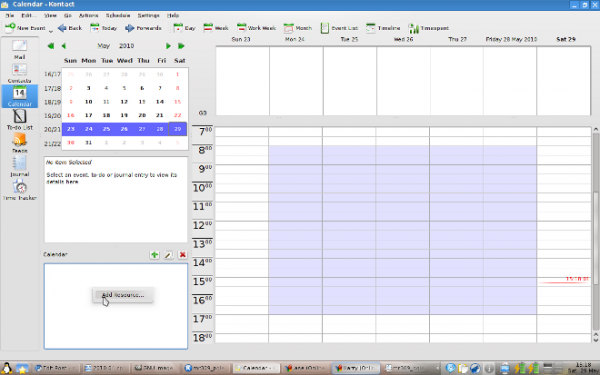 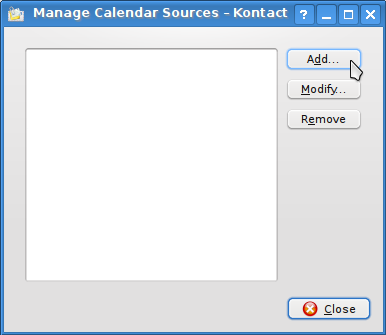 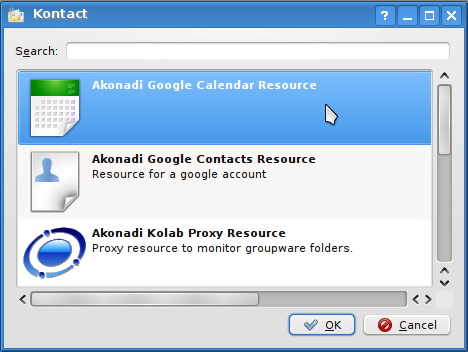 This page was created for feedback from users of wordcube available via the wordcube website or as an app for android phones (available in market). Filling in these polls and leaving feedback will help improve wordcube for everyone.

Thanks for your feedback. Please post any bugs, suggestions, complaints or ideas below.

Flash Video (.FLV) is currently a very popular format of online videos, inparticular youtube. This post explains how to use a simple script to extract the sound from a flash video file and turn it into an mp3.

In order for the script to work you will need to download ffmpeg (to decode the video) and lame (to encode the mp3). This can be achieve in ubuntu by opening a terminal and running the following or alternatively you can use your package manager GUI to search and download the packages for you.

You then need to create a new file named “flv2mp3.sh” and paste the following into it using your preferred text editor (which hopefully isn’t VI). Save the file and then change the file permissions so that it is executable (by running:`chmod a+x flv2mp3.sh` in the terminal or via the gui in you file browser)

You should now be able to convert a flashvideo into an mp3 by running the following command (changing the filenames to fit your purpose):
sh flv2mp3.sh videofilename.flv

Extra: Youtube
In linux it might be worth noting that youtube downloads the flv’s to your /tmp folder and you can easily copy them or convert to mp3’s (Ensure video is completly finished loading).

and then run using

Of course it’s up to your moral guidance to decide what you can and can’t download.

I preformed some acid3 tests on the browsers I currently had installed. 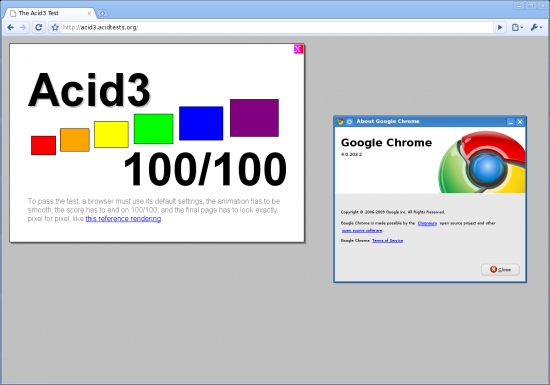 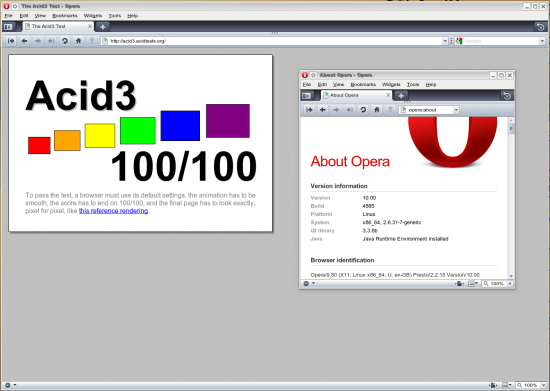 Arora: I don’t tend to use Arora, however I’ve heard alot of good things about it. It is a light-weight browser based on web-kit (as are chrome, safari and konqueror) and excels at its speed, highly recommended for notebooks which don’t need the bloat of firefox.
Score: 100/100 Linktest failed.
Version:0.8.0 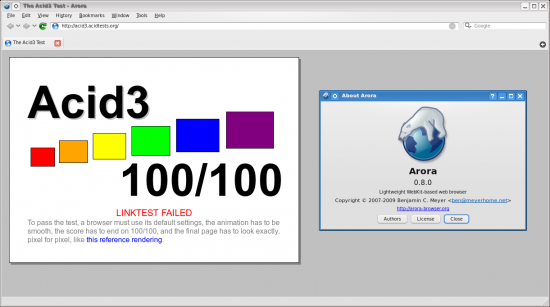 Firefox: It seems to handle flash better (without crashing) and has lots of useful plugins.
Score: 93/100
Version: 3.5.2

Google’s chrome comes first (with chrome having smoother and faster animation) followed by Opera and closely followed by Arora only failing on the link test, then firefox and trailing is konqueror. But I still love konqueror as its so convenient have filemanager and web-browser in one.