So about a week ago I decided to treat myself to a Sony Ericsson LiveView. It’s basically a watch with a 128×128 pixel screen that can display images/text sent from the phone. There are a few builtin apps that use this to send information to the phone (text messages etc.) and also an SDK is avaliable for developers to make further use of this device. Anyway here is a quick review of the device, I’ll post again soon with information about the SDK and developing a plugin. 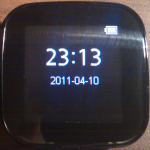 Bluetooth connection
Well this is the major downfall of the device, it cannot hold a bluetooth connection very well with my phones (Nexus One and Desire HD) and constantly requires you to pull your phone out of your pocket to scan for bluetooth devices, pair with it, disconnect and reconnect in the LiveView program, restart your phone, or turn watch off and on in pairing mode.

I’ve checked around a few forums and found that the bluetooth connection issues seem to be phone specific with the sony ericsson phones performing much better. 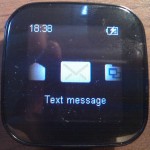 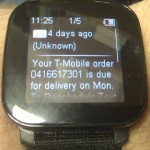 Lack of update for 4 days 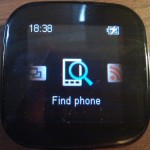 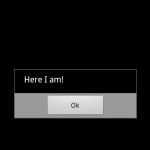 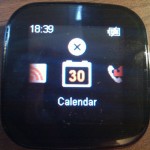 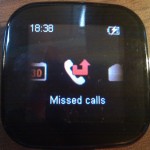 Plugins
There is a fairly complete list of plugins avaliable for liveview on the sony ericsson blog: blogs.sonyericsson.com. There aren’t too many apps available so it’s quite easy for devs to find something that hasn’t been done before with the liveview.

All the ones I’ve tried are quite good and function well but are perhaps not as ascetically pleasing as they could have been but I’m not going to complain about that. 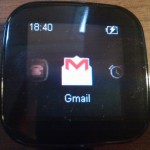 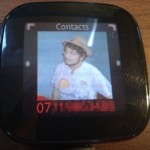 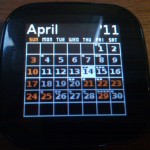 Update issues
Most of the functions in the watch are for updates; tweets, text messages, emails etc… Unfortunatly many of these ‘plugins’ do not update properly, only showing updates that occurred whilst the watch was actively connected which means according to LiveView the last text I receive was 4 days ago… but I have had several since then… don’t think it would be very hard to fetch this information.

Lack of update for 4 days

Just as a watch
So I decided I’d give this device a chance of working solely as a watch for a day.

The battery life quite good, still shows a full battery icon after 9 hours, which isn’t that shocking as the screen is only turned on when you want to know the time and it seldom requires to use bluetooth. I do wonder if it actually keeps track of the time onboard or if it keeps syncing (I suspect it doesn’t sync due to battery life and troubles syncing when using functions).

Conclusion
I’ve really tried hard to like this device but it really isn’t making it easy for me. I would recommend it if:

I wouldn’t recommend it if:

Next
In my next post I’ll talk about the LiveView SDK and creating a LiveView plugin.