To celebrate getting over 1/4 million downloads of my live wallpaper I decided to put extra effort into fixing problems some of my users were having. A common gripe with live wallpapers is the amount of battery they use and the associated performance hit when navigating on the home screen. I used to use java drawables to create and manipulate all of the particles on the screen, but I have successfully moved over to OpenGL-ES. This has an impressive benefit in performance (back of the envelope calculation shows >13x performance increase) and also improves the overall sexyness as OpenGL handles the blending nicely.

Anyway enough of the boring stuff, let’s see what’s new. Something I’m REALLY excited about (hence the caps) is multi-touch! It is so much fun just playing with a blank home screen creating particles! Unfortunatly this isn’t something which translates well into a screenshot, so you’ll just have to try it out for yourself. 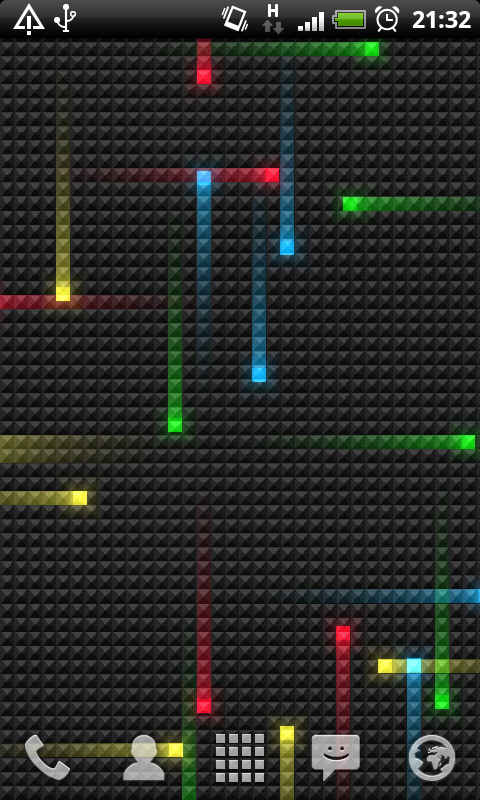 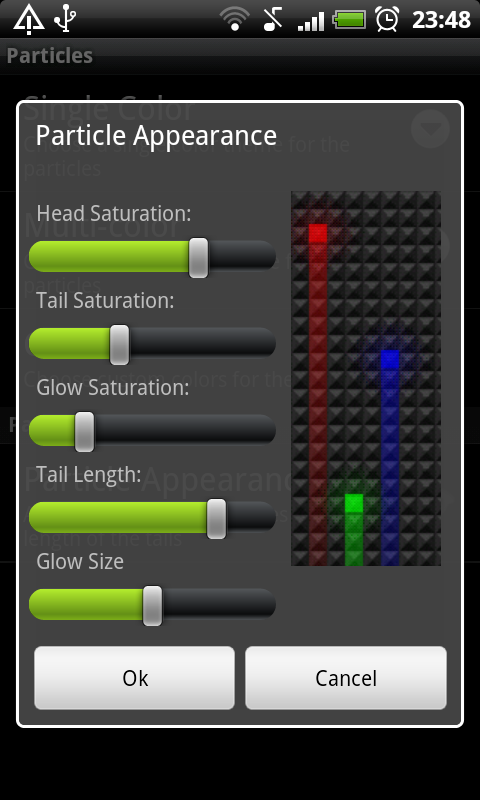 I’d like to thank all of my beta testers for the very helpful feedback I have got over the past couple of weeks. There is much more to mention but I am now absolutely knackered. I’m sure I’ll follow this post up soon with some more interesting things. Enjoy!