A while back I followed a few tutorials on creating a pacman game in python using pygame. I took the resulting code from these tutorials and added several enhancements. Unfortunately I haven’t had enough time to continue with the code, so hopefully this code is of use to someone learning python to play with and further enhance (Who knows might end up feature complete!). 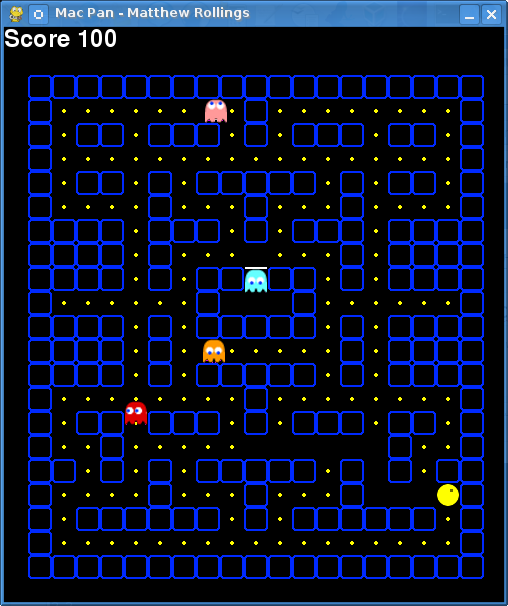 Screen shot of PyMan in action

References
I believe the site where I got the original code from was learningpython.com (not 100% sure) and the following links to the tutorials:
Tutorial 1
Tutorial 2
Tutorial 3